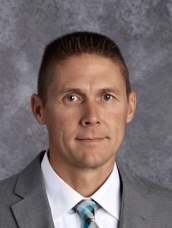 The Fair Grove R-X School District (FGS) is pleased to announce the promotion of Mr. Chris Stallings, Fair Grove High School Principal, as the new Executive Director of Teaching and Learning beginning the 2022-2023 school year. The position combines the responsibilities of the FGS Curriculum and Communication Directors, while also overseeing all aspects of district instruction.

"It has been a tremendous honor to work as the high school principal. We are very proud of our teachers' accomplishments over the last seven years. This new position brings me great joy and excitement in the opportunity to serve and care for the students, faculty, staff, and parents across our entire district. I look forward to embracing the culture of one school, one team, and one mission," Mr. Chris Stallings stated.

Mr. Stallings’ depth of instructional knowledge, extensive curriculum expertise, and proven leadership abilities equip him with the skill set to lead FGS into the future as Executive Director of Teaching and Learning. The district looks forward to the positive impact Mr. Stallings plans to make throughout FGS on student achievement, communication, instruction, culture and curriculum.